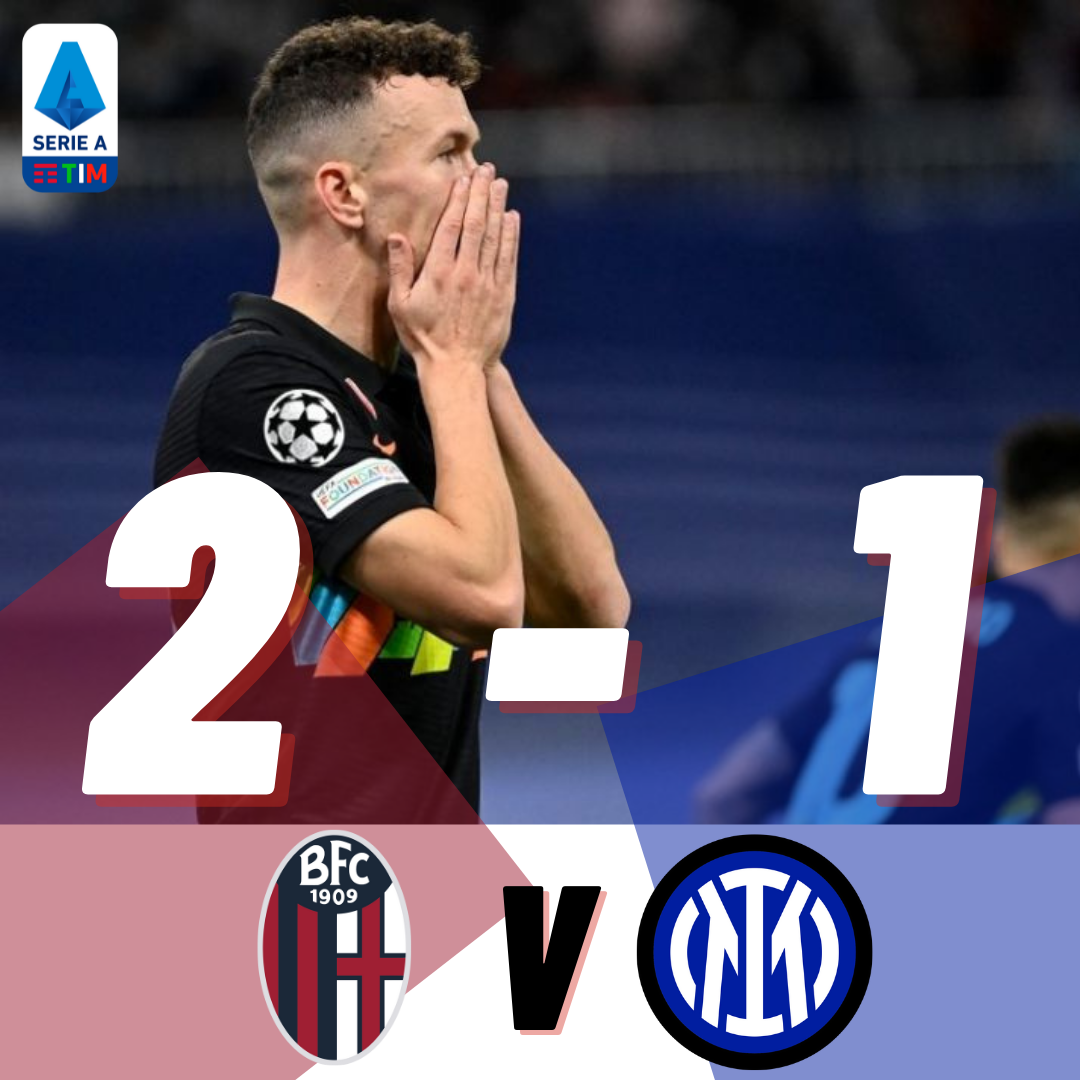 Inter lose to Bologna and suffer a huge blow in the Scudetto race. Now, the Nerazzurri will have to hope that AC Milan slip up in their remaining matches. Inter were coming into this game as favourites to defend the title but they dropped all three points. Inter’s brilliant form came to an end as Bologna were good with possession. However, Inter lost because of their own mistakes.

Inter started the game well and did not take much time to take the lead. Perisic came across towards the right flank and played a simple one-two with Barella. The Croatian went on to nutmeg a rushing defender before striking the top corner from the edge of the box. But after a few minutes, Inter looked complacent as they let Bologna keep possession and build up easily. Bologna were playing expansive football and were quick with their passing.

Bologna got the equalizer after some spell of possession as they attacked the left flank as Dumfries was pushing forward. Barrow produced a cross in the box and the former Inter striker, Arnautovic was able to rise above Inter’s defenders to equalize.

Inter started the 2nd half well as they now pinned Bologna to their half. There was a wave of attacks from Inter at the start. Lautaro had a couple of chances but he was not clinical enough. Inzaghi decided to bring Sanchez and Dzeko for Correa and Barella to have more men in the box. Dimarco had lots of shots as he was tucking in the midfield to give Inter numerical superiority. But Inter were struggling to break through and Skorupski had a great game between the posts for Bologna.

Ionut Radu who came for Handanovic, made a blunder as he could not clear or pass the ball. The ball moved along the goal line and Sansone got the ball in to give his side a lead in the dying minutes of the match. Inter then swamped the bodies forward but could not find the equalizer and are now two points behind Milan.