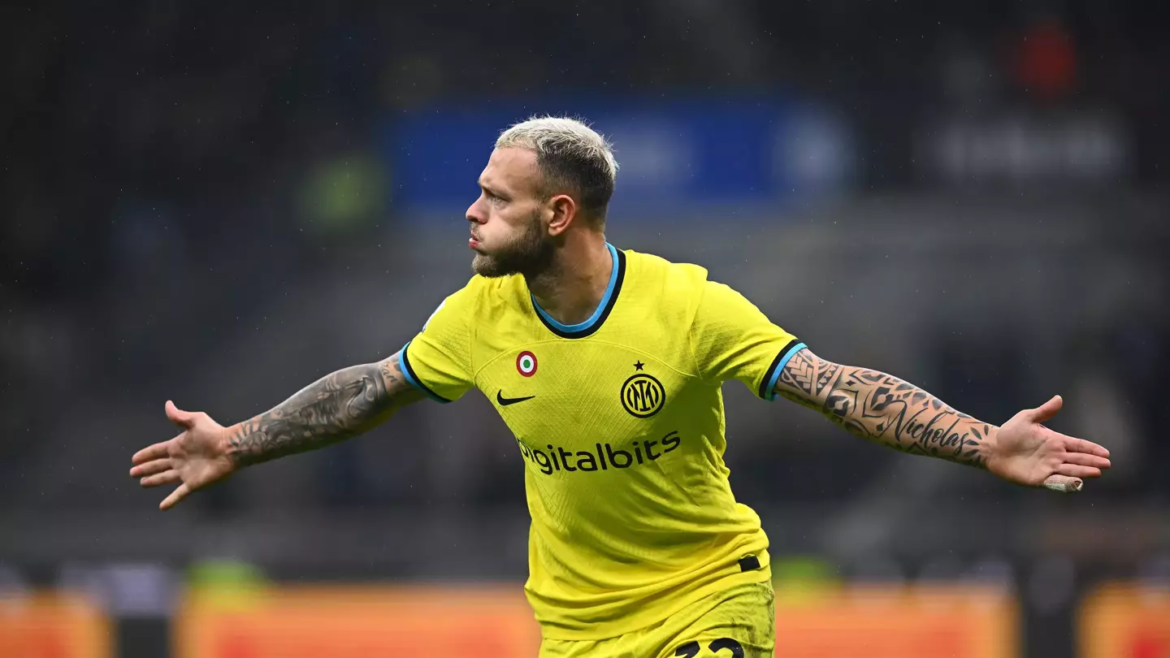 Inter Milan thrash Bologna 6-1 after conceding the first goal. The Nerazzurri will get a confidence boost from this game as they were coming into this match after a 2-0 loss to Juve. But Inter had a brilliant display at home, which will give them confidence for the game against Atalanta on the weekend. A 6-1 score gives Inter Milan’s goal difference a world of good and shoots them up to the fourth position in the Serie A table.

Bologna were pressing aggressively, which made it difficult for Inter to build up patiently. They were using long balls for Arnautovic to move forward. They found their first goal with a wicked deflection from Lykogiannis. It was a wake-up call for Inter, and they had a spring in their step to find the equalizer quickly.

Dzeko scored the equalizer four minutes later with a wonderful volley. Dumfries delivered a looping ball, but the Bosnian striker used brilliant technique to find the bottom corner. The Nerazzurri found another goal as Lautaro was brought down at the edge of the box. Dimarco with his brilliance over the dead ball found the net with a powerful free kick. The Argentine scored a goal before half-time from the corner to double the lead.

The Nerazzurri had a strong start to the second half with Dzeko’s shot hitting the crossbar. Barella found Dimarco making a run toward the right side. The Italian defender opened up his body to place it towards the far post and completed his brace.

The Nerazzurri got a penalty after a VAR check as Dzeko’s shot from a cross hit Sosa’s arm. Calhanoglu stepped up to make it five for Inter. Inzaghi then made quick substitutions to rest his key players like Lautaro, Dimarco, and Dumfries. Bologna made some changes too, and the tempo of the game slowed down.

The Nerazzurri got another goal despite making fewer attempts to score. Skriniar found Dzeko making a wide run down the right. The Bosnian striker invited the keeper out and played the ball to the far post. Gosens made a surging run to finish it and give Inter a 5-goal lead. The Nerazzurri will focus on Atalanta game as they will go on a break after that.