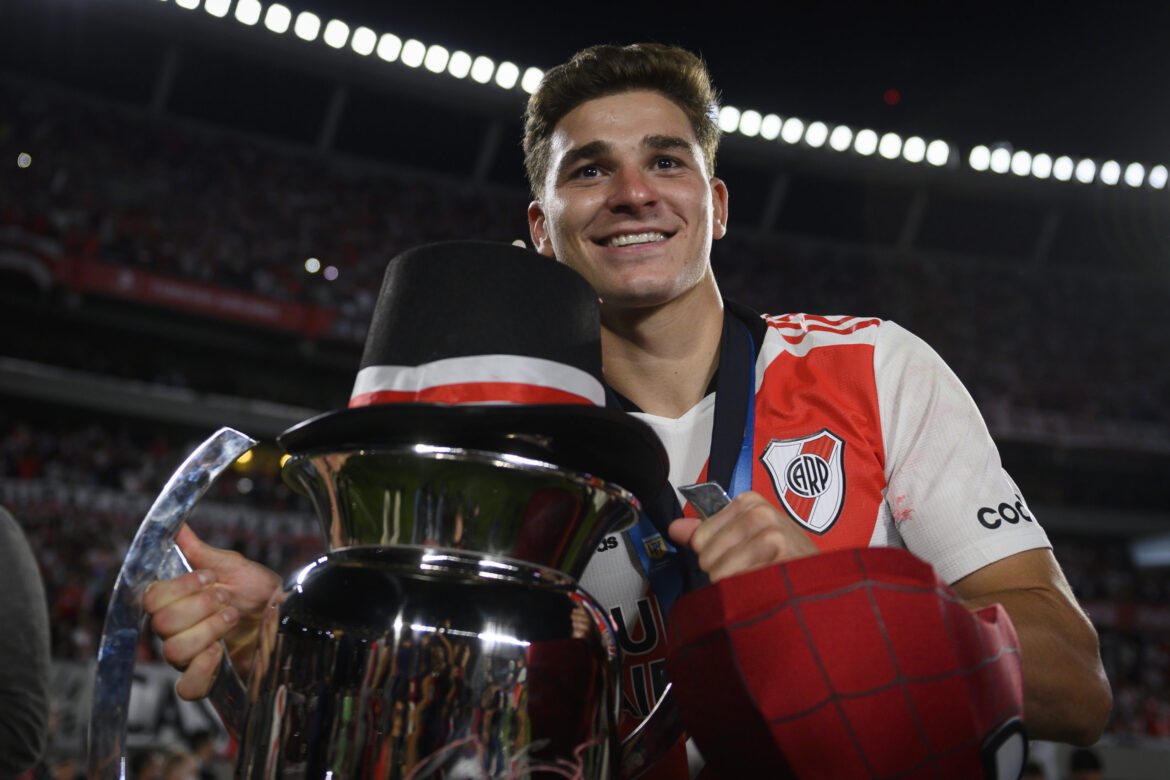 Inter to compete with AC Milan for the signing of Julian Alvarez. The River Plate star is a hot prospect in Europe, and many clubs want to sign him. Julian has scored 18 goals and provided 7 assists in just 21 league games. Inter are now working to sign him as he will be a valuable asset. The Argentine can play anywhere in the front line, which will bolster Inter’s attack. But, their city rivals AC Milan are also keen to sign the 21-year old.

Julian’s agent, Fernando Hidalgo, will come to Milan to talk about the deal with both Inter Milan and AC Milan. He will also travel to London and Madrid after that. Manchester United and Atletico Madrid are also eyeing him, but Julian might not prefer them. Inter are currently at the top of Serie A and will give Alvarez enough time to grow and win titles.

Inter to compete with AC Milan for Julian Alvarez

The Nerazzurri want to secure their future by signing a quality forward. Lautaro has signed a new contract which will last till 2026. Now Inter are looking for someone who can be his partner at the front, and the 21-year old Julian looks like a perfect option. Inter also have Correa to change the game after coming from the bench. Dzeko has done a great job so far but will not be with Inter for a long time, so they need someone to replace him.

Inter can also use Julian at wing-back positions as he is capable of playing there. Perisic will leave Inter in the summer so he can play in his position. Julian has a brilliant right foot, so he will look to cut inside from the left. His release clause is €20 million, so Inter will not have much problem signing him.