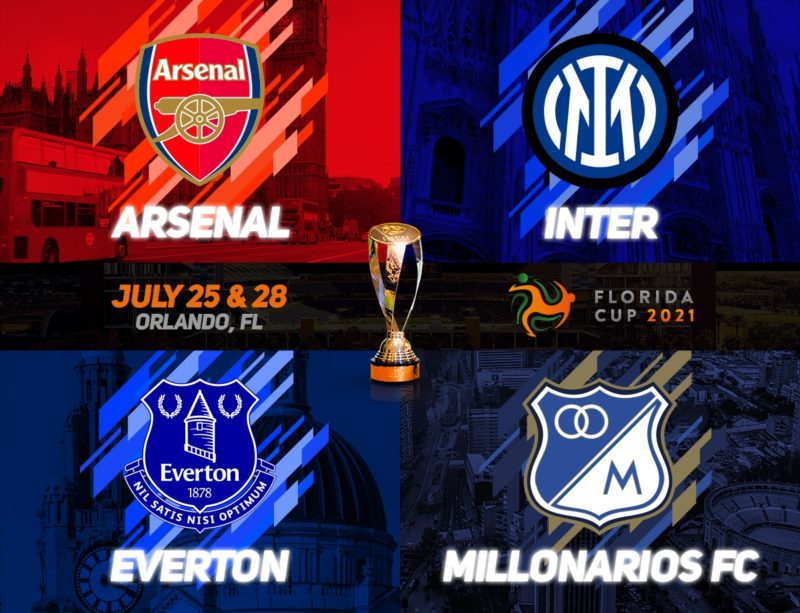 Inter vs Arsenal cancelled as the Gunners have confirmed that they won’t be flying America for their pre-season. But, the Florida Cup will still go ahead. Arsenal were ready to fly to the Atlantic this week to step up their preparations. As the new Premier League season will be starting from next month. But, the Gunners have a small number of positive COVID cases in their camp who were planning to travel. So to avoid any further risks they have withdrawn from the Florida Cup. They were going to face Inter Milan on Sunday.

All cases are said to be asymptomatic, but this is a precautionary step and the club will now look for alternative pre-season plans. They were going to play two games, one with Inter Milan and one with the winner of Everton and Millonarios. So now, Inter will play with the winner of Everton and Millonarios in the final of the Florida Cup at the Camping World Stadium in Orlando on Thursday, July 29.

Inter vs Arsenal cancelled but the Florida Cup will go ahead

Inter Milan played against Lugano in their first summer friendly last weekend. They were able to beat the Swiss side on penalties after the 2-2 scoreline. Lucien Agoume and Martin Satriano were quite impressive in the match. Agoume got the ball forward with his driving runs and passed it to Satiano in the box who turned swiftly to beat the defender and finished it perfectly.

Inter will be looking to defend their title and will be up against Genoa at the San Siro for their first game on the weekend of August 21-22. Inter Milan have ended Juventus’ Serie A winning streak last season. Also, they lifted the Scudetto after 11 long years. Conte led them to glory as Inter won Serie A for the first time after 2010. Now, Lazio’s former manager, Inzaghi will try to defend the title.