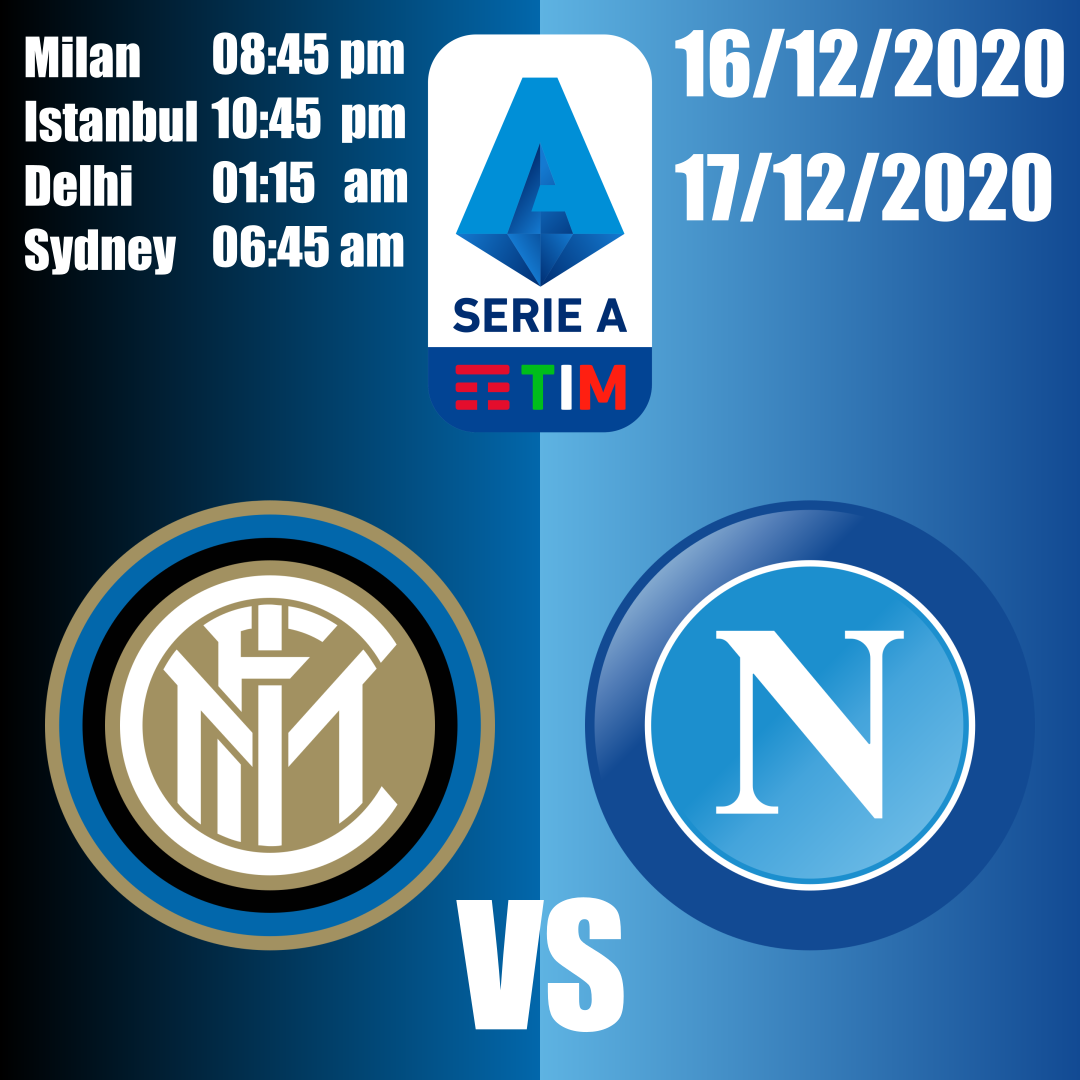 Inter vs Napoli 20/21 Serie A fixture is one of the most awaited games of the season. Both Inter and Napoli are making a strong bid for the Scudetto as Juventus have a slow start. Furthermore, Inter and Napoli sit 2nd and 3rd in the table respectively and are just 1 point apart. While Inter are on a 4 match winning streak in the league, Napoli have won their last 3.

Antonio Conte proved his critics wrong in the last game against Cagliari. He not only surprised everyone by starting Eriksen, but his team scripted an inspiring comeback in the final phase of the game. Inter most certainly have a problem of not capitalizing on early chances, but they’re also very good at comebacks. The likes of Nicolo Barella and Romelu Lukaku are making it more and more possible for Inter to score at will.

The Nerazzurri will most likely miss the services of Hakimi for this game. The wing-back went off hobbling in the game against Cagliari. Conte will most certainly start Barella, Brozovic and Gagliardini in the midfield. Defenders are likely to be Skriniar, de Vrij and Bastoni if Conte is not planning to rest any of them. Lukaku and Lautaro will start as strike partners, Young and Darmian are the most likely starters as wing-backs.

Antonio Conte has come under a lot of criticism since taking charge at Inter. Everything from his system to his past at Juve have been under undue criticism at times. The former Italy boss has revived an Inter challenge for the Scudetto that started in the most sluggish manner imaginable.

The Inter vs Napoli 20/21 fixture is all about if Conte can make his side perform. Napoli are not an easy team to beat this season. They could’ve been at the top of the table had they played their game against Juve. Gattuso will be keen to get better of Inter being a former Milan player. Napoli like to build-up right from the back, this can trouble Inter in the absence of Hakimi. Gattuso’s side normally line up in a 4-3-3 formation with lethal strikers up top. Inter’s 3-man defence will certainly be overwhelmed by Napoli. Inter will look to bank on counters if Napoli press higher up the pitch. Getting early goals will be at the top of Conte’s list.

If Inter let Napoli lead, a comeback won’t be as easy as against the other sides. With both sides being the joint highest scorers in the league so far, expect some goals on both the ends, will Inter outscore Napoli?