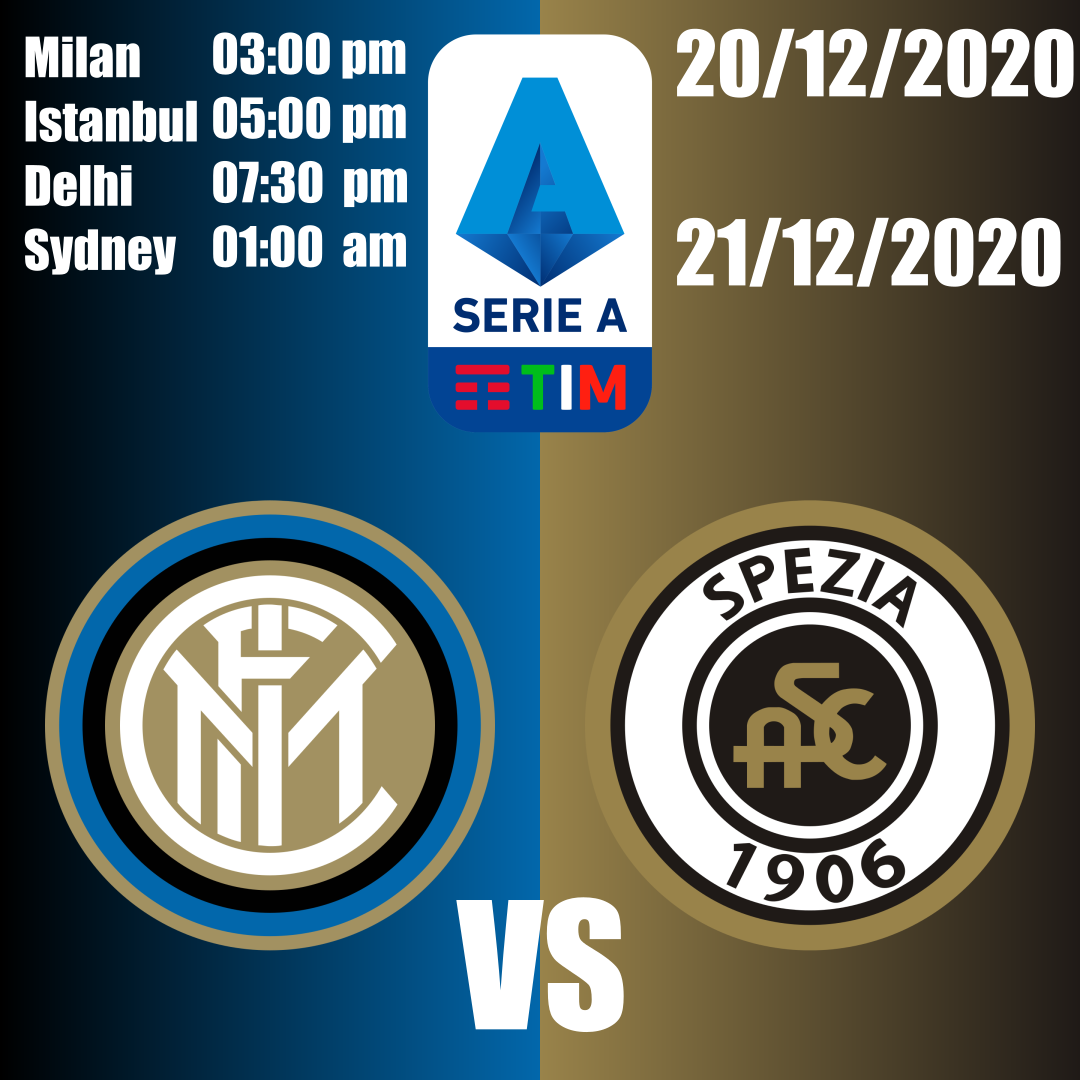 The Inter vs Spezia 20/21 game will be the second last game before the Christmas break begins. Spezia who got promoted from Serie B last season, sit 16th in the table. The Liguria club will play Inter for the first time in Serie A tonight. While they were dubbed to be the weakest club in the top flight, they’ve proved their critics wrong. But, Inter are not an easy beast to tame for the likes of Spezia. Antonio Conte’s Inter are the most in-form side in the league right now. They’ve won their last 5 games in the league and have lost only once in the campaign so far. The Nerazzurri are also the highest scoring side in the league as they sit on 2nd in the table just one point behind Milan.

Inter are in no position to take Spezia lightly in this fixture. The newly-promoted side have racked up goals very easily. The only reason they’re not higher up the table is because of their leaky defence.

Conte will most certainly want to rest his back three in this game. Inter can also rest the likes of Lukaku and Barella. A good chunk of Inter’s first-choice players have played non-stop in the last few weeks. And with an all-important game against Hellas Verona lined up next, Conte will want his best men to be available.

Inter vs Spezia 20/21, Time for Conte to test his backups?

The Inter vs Spezia 20/21 game presents a good opportunity for Conte to test his backups. The Nerazzurri manager hasn’t played Andre Pinamonti or Ionut Radu so far. The young backup forward and keeper will want to start a game like this. Perisic deserves another go at the left-wing back slot. Also, Christian Eriksen must have another start for Inter after how he played last time against Cagliari. Will Conte try out his backups? And can Inter outscore Spezia without the help of Lukaku and Barella in the lineup?