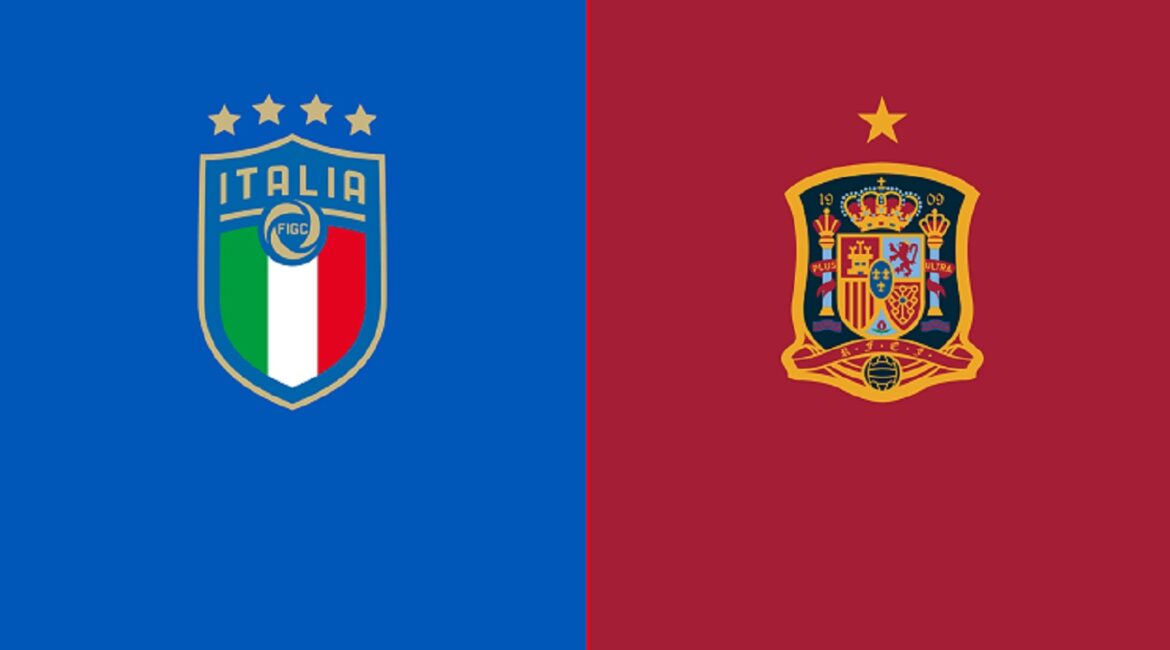 Italy will face Spain in the Semifinals of Euro 2020 as they have won against Belgium in the round of 16. Italy were the better side against a Belgium side who had game changing-players in their team. Nicolo Barella scored a brilliant goal with defenders around him, but he managed to keep his composure. Insigne scored a nice solo goal as well. Lukaku scored a penalty but Belgium could not equalize. Italy have got a setback as their left-back Leonardo Spinazzola has suffered a serious injury. After some medical tests it is known that he has a rupture in his Achilles tendon. He was having a brilliant tournament so far and was a serious threat from the left flank for Italy.

Now Italy will face Spain who play a similar type of football like them. They like to keep the ball and get other players close to the ball to retain possession. Both of them have immense quality and highly technical players in their midfield. Spain had a close match with Switzerland. They created a lot of chances but were unable to score a winning goal. Switzerland were down to 10-men in the 77th minute and had to defend for the rest of the game. Yan Sommer was exceptionally good but unfortunately, Switzerland lost the match in the penalties.

Italy faced Spain two times in 2016 Euros and were able to beat them 2-0 in the round of 16. Thanks to Chiellini and Pelle goals, Italy took the revenge of 2012 Euros final when they lost to them 4-0. They also met them in group stage where the game ended in a 1-1 draw. Italy still have Bonucci, Chielleni, Florenzi, Immobile and Insigne from that 2016 squad with them.

Mancini will look to go with the same lineup with Emerson replacing Spinazzola at left-back. He might want to bring experience by getting Florenzi in the right-back.