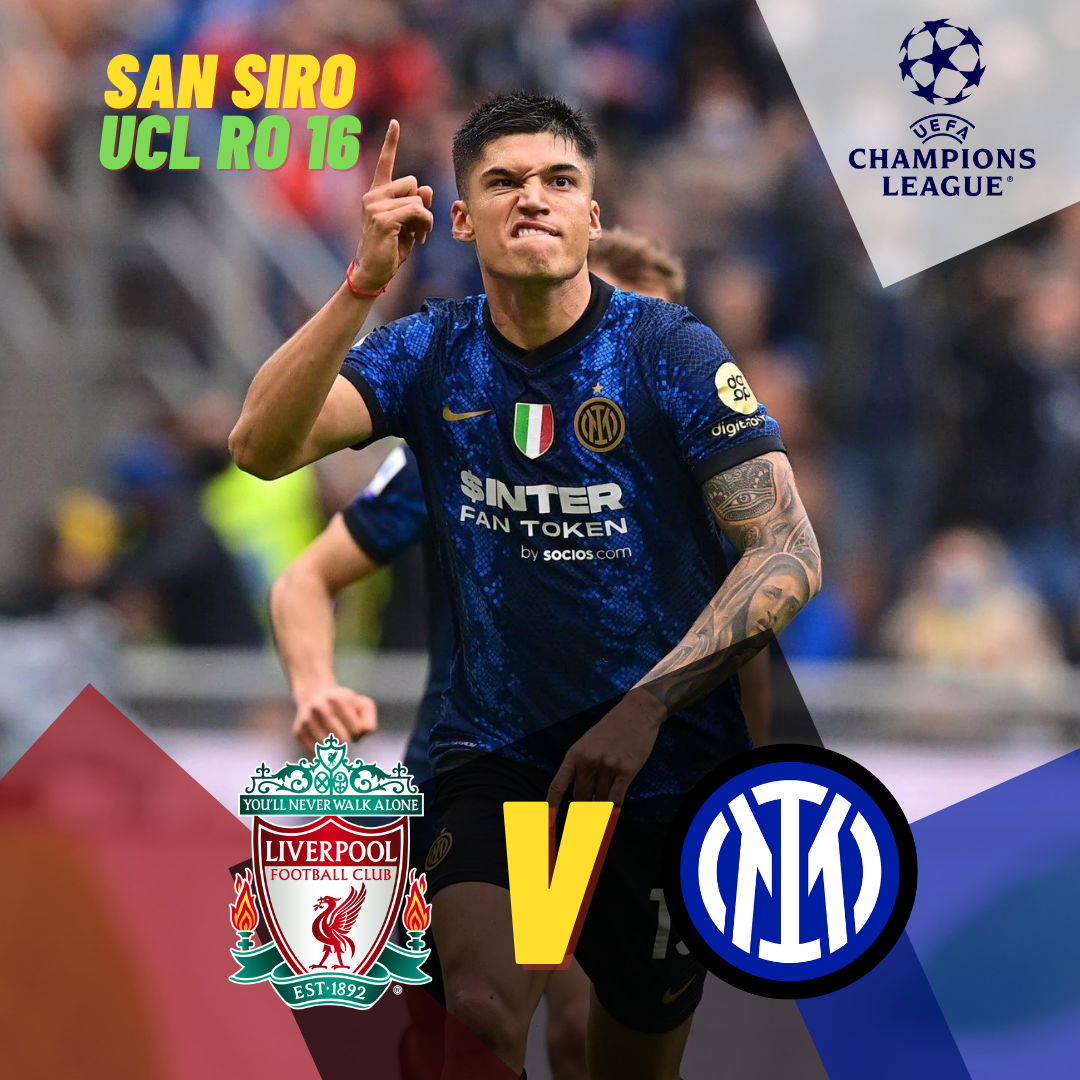 The Nerazzurri will be looking to make a comeback in Liverpool vs Inter Round of 16 2nd leg. They suffered a bitter defeat at the San Siro in the 1st leg as they conceded a couple of goals. Firmino and Salah managed to give the Reds a two-goal advantage. So, Inzaghi’s men have a tough task in their hands as it will be hard to get past Liverpool at Anfield.

Inter will have some confidence going into this game as they thrashed Salernitana over the weekend. The Nerazzurri managed to score five goals thanks to Lautaro’s hattrick. Edin Dzeko completed his brace as well so Inter will rely on this front two at Anfield. Liverpool are coming into this match with a close win over West Ham as Mane scored the only goal.

Perisic had to miss the Salernitana game because of a muscle injury but he could be in contention for this match. However, Inzaghi has plenty of options for the left flank and he could start Gosens who came from the bench against Salernitana and got an assist. He will have to defend well against Trent as the 23-year old has been creating loads of chances for Liverpool. Inter will dearly miss Barella for this match as he will be serving his two-game ban. Arturo Vidal will be ready to take his place and play alongside Brozovic and Calhanoglu.

Klopp can deploy his best 11 however, Firmino, Thiago, and Matip have just started training with the squad. But, with Jota back, Klopp can have a front three of Mane Jota and Salah with Diaz as an option from the bench. Naby Keita can start in the midfield three along with Fabinho and Henderson. Konate could retain his spot as he had a great game in the 1st leg.