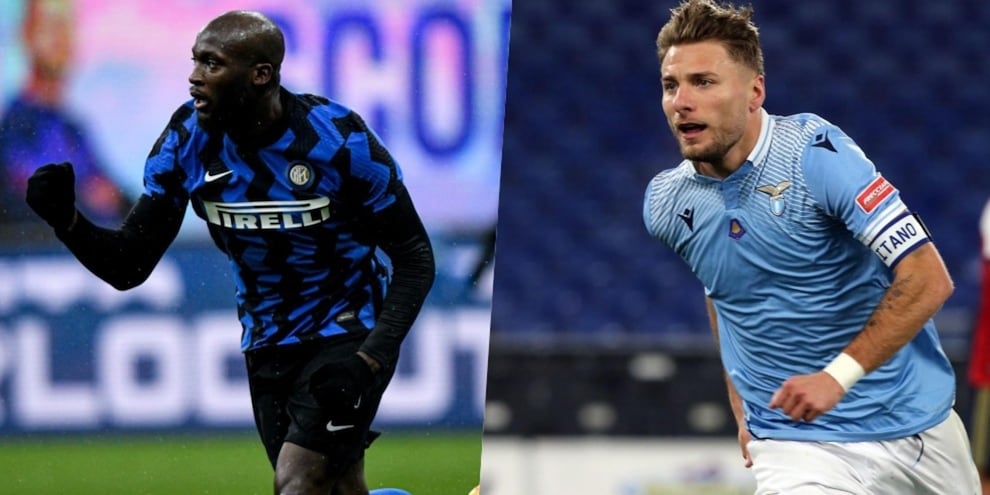 Lucky to have Lukaku in Serie A says Italian striker Ciro Immobile. The Azzurri will face Belgium next in the quarter-finals. Furthermore, the 31-year old praised Lukaku’s qualities and his domination in Serie A. He said that he has become familiar with the qualities of the Belgian while playing against him and watching him play. Lukaku has been absolutely gorgeous in Serie A for the Nerazzurri. Romelu Lukaku has established himself as one of the best strikers in Europe.

Lukaku started his professional career in football with Anderlecht at the age of 16. In 2011, he joined Chelsea in 2011 on a reported fee of €12 million and €20 million with add-ons. In the first season with the club, the Belgian did not get enough chances to play for Chelsea and was disappointed in his performance. Further, he went out on loan to West Bromwich Albion in the 2012-13 season. In his spell with Chelsea, he went out on loan twice and joined Everton on a permanent deal.

Lucky to have Lukaku in Serie A, Ciro Immobile praises Lukaku

Lukaku became a part of Man United in the 2017-18 season. However, he spent two seasons with them but left the club quite abruptly. Further, he joined Inter in the 2019-20 season and has been unstoppable ever since. Lukaku was one of Conte’s favorites and established immensely under the Nerazzurri boss. Conte has a huge role in Inter’s success in Serie A. On the other hand, several players developed under Conte in his spell with the Nerazzurri.

Ciro Immobile would like to start for Italy in the quarter-final match against Belgium. The 31-year old was the top goal scorer two seasons ago. Plus, he is the most consistent goal scorer in Italy’s top flight. Lukaku is on his way to beat Immobile’s record. Further, the 28-year old is continuing his good form and perform for his team.