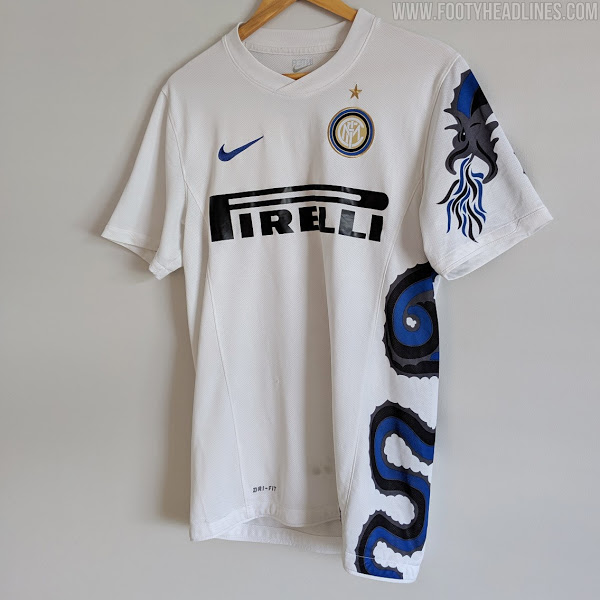 New Inter kit leaked as the 2021/22 season approaches. 2010/11 away jersey is the inspiration of the new one. Further, it shows off the new Scudetto champions in the best possible way. Plus, it’s a change from the usual black and blue shades and holds the new logo of the club. The new logo is on the left breast while the right breast has the logo of Nike. Pirelli’s contract ends with Inter in the 2023/24 season.

Earlier, the contract was supposed to end after the 2020/21 season. However, Inter recently announced that Pirelli are their global tire partner till the 2023/24 season. Furthermore, the club was also associated with the Cryptocurrency company to replace Pirelli. However, that did not work out. Inter expected to get €30 million from their new sponsors. However, they are ready to reduce their demand. Pirelli have been Inter’s sponsors from the 1955-56 season, completing 27 years with Inter now. Pirelli paid €10.5 million, plus bonuses per season to the Italian giants.

A while back Nike released a new jersey for Inter. They wore that jersey in a match against Roma in Serie A. The jersey had shades of yellow, white, blue, and black. Furthermore, it has a geometrical pattern with Inter’s logo on the left breast and Nike’s logo on the right. Pirelli also had their name running down vertically. Inter have been struggling financially since 2020. The pandemic brought in a lot of financial constraints for the club.

This year Suning have secured a €275 million funding for three years from Oaktree Capitals. However, this is their second loan of the season. And Inter have set a target of €80 million from player sales in the summer. On top of that, the Chinese government introduced a law that does not allow Suning to personally invest in the club.