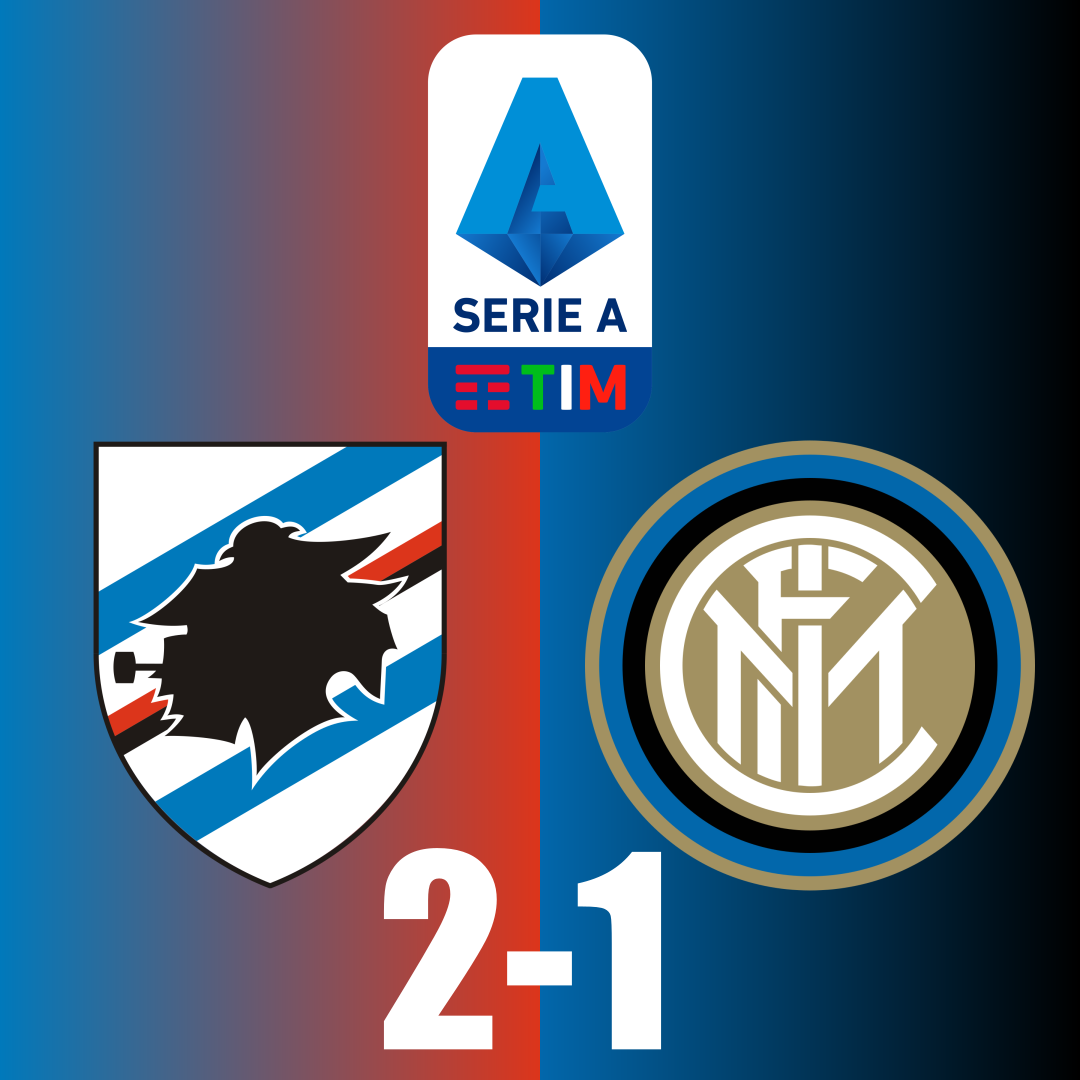 Sampdoria beat Inter 2-1 in what was Inter’s second loss of the season. The Nerazzurri missed out on an opportunity to put pressure on Milan who’ll play Juventus later in the day. After 8 wins on the trot, Sampdoria have shown Inter that they’ll need to defend well to make a bid for the Scudetto. The Nerazzurri got a penalty early on in the game but Sanchez didn’t convert it. It was pretty evident only minutes into the match that Inter lack composure without Lukaku. The Belgian should have started the game if he was fit enough to come on after the break. The missed penalty came back to bite Inter when Sampdoria made it 2-0 through Keita Balde.

Ashley Young leaves a very big hole in Inter’s defence. His slow pace often leaves Bastoni helpless and that’s what happened when Sampdoria went 2-0 up. While Inter came close through Hakimi’s deadly crosses, Lautaro was unlucky not to score. His runs clearly missed the time Lukaku often buys for him by holding up the ball. Inter just weren’t deadly enough in the attack throughout the first half.

In the second half, Inter came out more dominant. They kept the ball to build up and recovered it high up the pitch when lost. Conte was quick to take Young off for Perisic who’s quicker. With how Sanchez was struggling to complete passes, Lukaku should’ve come on earlier.

Sampdoria beat Inter 2-1 on pure merit. Ranieri’s side completely outdid Inter in the first half where Conte’s men were struggling for some shape. This result leaves with Conte a lot to think about especially Inter’s shoddy defence. Samir Handanovic made an absolutely outstanding save in the second half to keep Sampdoria from scoring a third. de Vrij did put Inter on the scoresheet but a comeback never looked on the cards. Eriksen made a rare appearance in a desperate attempt to bring Inter back in the game. But the Danish midfielder is clearly off touch with his corner deliveries and freekicks.

While Inter were dropping all 3 points, D’Ambrosio who came on for Skriniar looks to have picked a horror injury. The defender hobbled off the pitch in injury time and this is a worrying sign for Inter. For Sampdoria Candreva scored against his parent club and Keita Balde scored against his former club. This comes as a big irony for Antonio Conte who doesn’t want to play half the players in his squad. Inter must find a suitable backup for Lukaku or they’ll be out of the Scudetto challenge even before they realise.