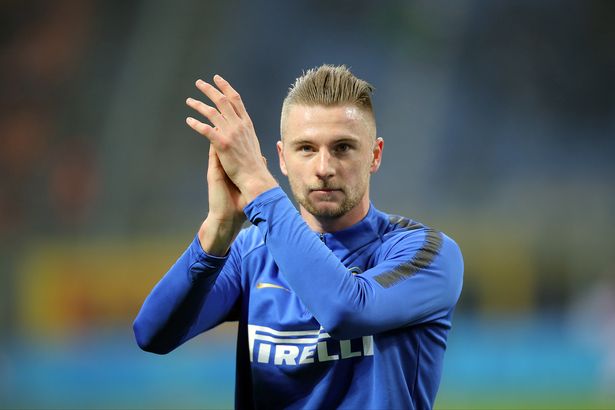 Milan Skriniar turned down Spurs move in this summer’s transfer window. Skriniar wants to stay in Milan as he transformed into one of the best defenders in Europe by playing for Inter. The Slovakian feels that he can achieve more success by playing for Inter. He will be looking to defend the title for Inter this season and is liking Inzaghi’s system. Spurs were ready with a lucrative offer for him but he decided to reject it. Paris Saint Germain also approached him with an offer but the 26-year old turned them down as well.

Tottenham were eyeing a move for Skriniar last year as well. Alasdair Gold revealed that in the summer of 2020, Spurs’ chief Steve Hitchen went to Italy to talk about Skriniar and try to negotiate a move. Mourinho was the manager for Spurs then and he is fond of Skriniar. In fact, after joining AS Roma he again tried to make a move for Skriniar but he failed again. Skriniar has been solid for Inter at back and De Vrij has praised him by saying that it is very difficult to get past him.

Skriniar turned down Spurs move again in this transfer window

Tottenham needed a center back in this transfer window and were trying to make a move for many defenders. They could not get Skriniar but they signed Cristian Romero. Romero won the Serie A MVP award last year as he was brilliant for Atalanta. After Lukaku and Hakimi’s departure, many would have thought that Inter might lose more players. But Skriniar decided to stay as he knows his club needs him.

He has made a total of 173 appearances in all competitions for Inter Milan since joining in 2017 from Sampdoria. The Slovakian has scored 9 goals and has provided 4 assists so far for Inter.